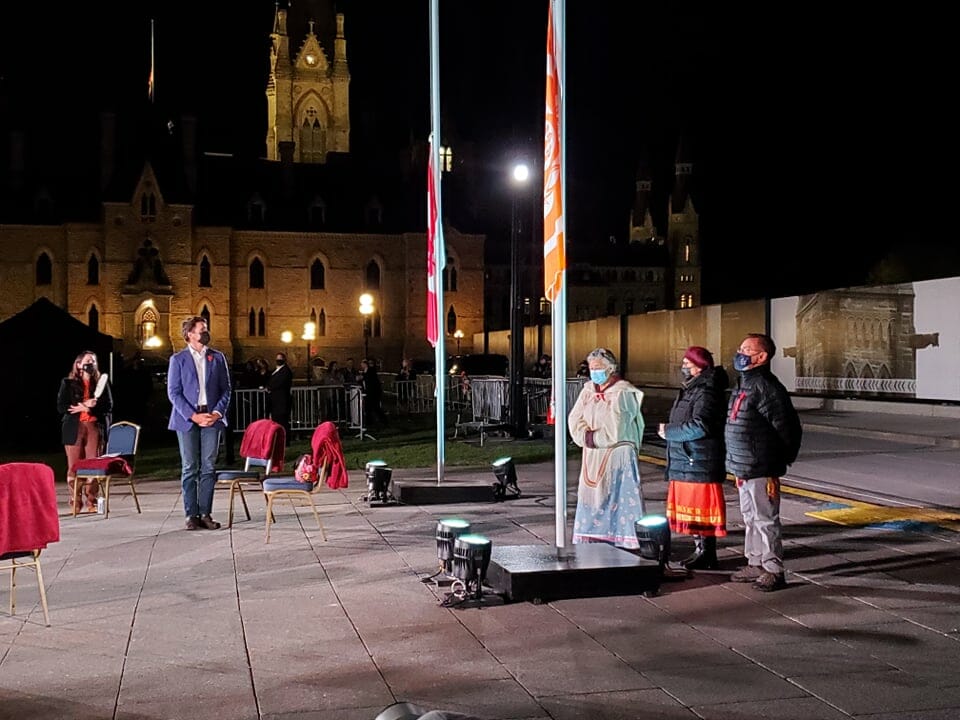 The first National Day for Truth and Reconciliation has passed – now what?

The announcements surrounding unmarked graves at former residential school sites confirmed what Indigenous peoples, and the perpetrators, have known for decades. “There was a sudden shift in conversations across the Nation. People started measuring our values and action as a country through a lens of Truth and Reconciliation,” said Garnet Angeconeb of the National Centre for Truth and Reconciliation’s Survivors Circle, “Part of this was due to the terrible news we were hearing from our relatives out West, but more and more, many Survivors were now finding they were ready to speak their Truth, which adds to our understanding of what really happened.”

Disappointingly, there were some who entrenched themselves in a colonial vernacular of describing the horrific death of innocent children as ‘natural causes’ and the nation’s genocide as a ‘dark chapter in our past’. Nevertheless, in a nation of immense wealth, resources, and unbound opportunity, the renewed discussion on reconciliation revealed that there was little progress done in the present to advance the 94 Calls to Action since they were released six years prior.

Within a month following the announcement by Tk’emlups te Secwépemc, CTA 80 calling for a statutory holiday to honour the victims and Survivors of residential schools was passed by means of Bill C-5. On September 30th, the Nation adorned itself in orange. Landmarks, buildings, and billboards were lit in orange; ribbons and lawn signs were set out; and a sea of orange shirts could be seen among crowds, in office spaces and at local businesses.

These highly visible expressions of solidarity sent a clear message of love and support to Survivors who were made to feel the opposite of when they were children in residential school. It also sent a statement to political leaders and churches that Canadians want to see concrete action in correcting systems, policies and doctrines that were predicated upon racism and colonial values. As the orange lights dimmed — and we have since removed our orange t-shirts — there remains substantive and difficult work ahead.

So what can we do during the rest of the year?

Nothing about us, without us

Understanding the meaning behind this phrase is fundamental to reconciliation. In order to remedy the impacts of colonialism on Indigenous Peoples, efforts must be Indigenous specific. It is, therefore, necessary to include Indigenous voices at the very outset of conversations, projects and planning. This will allow you to give Indigenous consideration to every topic on reconciliation and understand how the conversation impacts Indigenous people.

Be prepared to unlearn what you have learned

Understand that colonialism is embedded in institutions and systems that were built to protect and sustain it. The Residential school system was a popular weapon of choice in the arsenal of colonialism, but something as seemingly innocent as a Canadian textbook served to perpetuate myths of progress and nation-building, which in turn, justified the removal of Indigenous peoples from their traditional lands. Historically, election platforms were fought and won surrounding residential schools. In fact, many photos were used as propaganda to demonstrate how Churches and the Department of Indian Affairs were ‘benevolently’ educating Indigenous children.

Being aware of language is also key. The choice of words can minimize the harms inflicted on Indigenous peoples. Referring to unmarked graves as ‘discoveries’ overlooks the implications of having ignored what Survivors and families who lost children to residential schools have shared for years. The use of terms such as a ‘Dark Chapter’ disregards the present trauma that exists in Indigenous communities as a result of the residential school system. Being aware of language used is critical in the work ahead as carefully constructed terms often disassociate racist and colonial ideologies from the fabric of the Canadian Settler state.

Many resource lists on residential schools exist online, such as NCTR Education Resources and The City of Winnipeg Reconciliation Guides

Do not wait for policy-makers to implement change

Reconciliation is for all Canadians. It requires playing an active role in building your intercultural competency beyond September 30th. Get to know who the Indigenous people are in your region and what the original relationship was between Indigenous people and non-Indigenous people. There is a lot of information available online and Knowledge Keepers are becoming more and more familiar with connecting virtually, so the opportunity for self-education is increasingly available.

It may also be possible to examine corporate policies and operational activities at your own place of business: Do your policies address systemic racism and actively advance reconciliation? Do your policies support Indigenous Peoples to occupy space comfortably within your business and support reconnection to culture and identity? Do your strategic plans address the 94 Calls to Action? How so, or why not?

Governments are sensitive to public opinion. You may wish to wear your orange shirt throughout the year to sustain awareness in your neighborhoods and place of business. Showcasing orange window decals on vehicles or in your windows during elections will help send a message that reconciliation efforts are important discussions year-round. Amplifying reconciliation messages on social media is another means of lending your voice in support of Indigenous issues so governments commit serious action to Indigenous issues.

Commit to addressing the economic disparity that Indigenous Peoples face as a result of colonialism. Hire Indigenous employees and ensure that they have equitable access to leadership roles within the organization and they are supported with training and education opportunities. Consider donating to Indigenous non-profit organizations, in particular those that are actively working on Truth and reconciliation, as well as healing efforts. With the new surge in interest around selling products related to Orange Shirt Day and ‘Every Child Matters’, it is important to research which businesses are Indigenous owned, as well as those which are benefitting Indigenous businesses, prior to making purchases. Moving beyond September 30th requires embedding such practice into everyday decisions and practices, such as including Indigenous businesses in contract procurement, or purchasing work by an Indigenous artist.

Truth and reconciliation did not come with warning labels. While the inclusion of Survivors’ voices is critical to arriving at a better understanding of the impacts of residential schools, it is necessary to understand that how we package learning into lesson plans and 60-minute workshops is less than ideal for this work. Sensitivity must be paid when engaging Survivors as they relive their trauma when they share their Truth. Today when children are exposed to trauma, schools provide support through counsellors and psychologists to help them process grief and distress. This was not the case when Survivors experienced abuse as children or witnessed their fellow survivors perish.

Being aware of health supports and making telephone numbers accessible is a good start. When engaging a Survivor to share their experience, consider asking the Survivor if it may be beneficial to have another Survivor or trusted individual accompany them or if having an eagle feather or another comforting item available is helpful. As well, be mindful of debrief and follow-up and understand that the same aftercare may be needed for your audience.

A good resource for engaging Survivors and planning events for Survivors is summarized here:

Reconciliation is not a list of boxes that you check off, it is a practice and requires commitment. Reconciliation work is also not comfortable, so it should not be surprising if efforts are met with resistance and racism. Recognize that reconciliation and allyship is not about “feeling guilty”. It is about knowledge, respect and action. If you find yourself ‘stuck’ or encountering barriers, seek out organizations or individuals who might offer ideas and suggestions that you can carry forward into your work.

Many examples of reconciliation work can be found online, including this article by Dr. Crystal Gail Fraser and Sara Komarnisky.

The National Day for Truth and Reconciliation Showing of Solidarity