This virtual gathering will include various segments from our Survivors, youth, allies, friends, and communities. This is the time of year where we would traditionally connect, enjoy each other’s company and spend time with each other. Each segment has been broken down into different videos, so you can go back to view them when you want to re-watch or share with others. Invite your loved ones, friends, and coworkers to join you and take part in watching the NCTR virtual Survivor Holiday Special. Come learn how to bead, or impress your loved ones with a new recipe or two, listen to some good music, and hear inspirational and thriving stories from our Survivors. 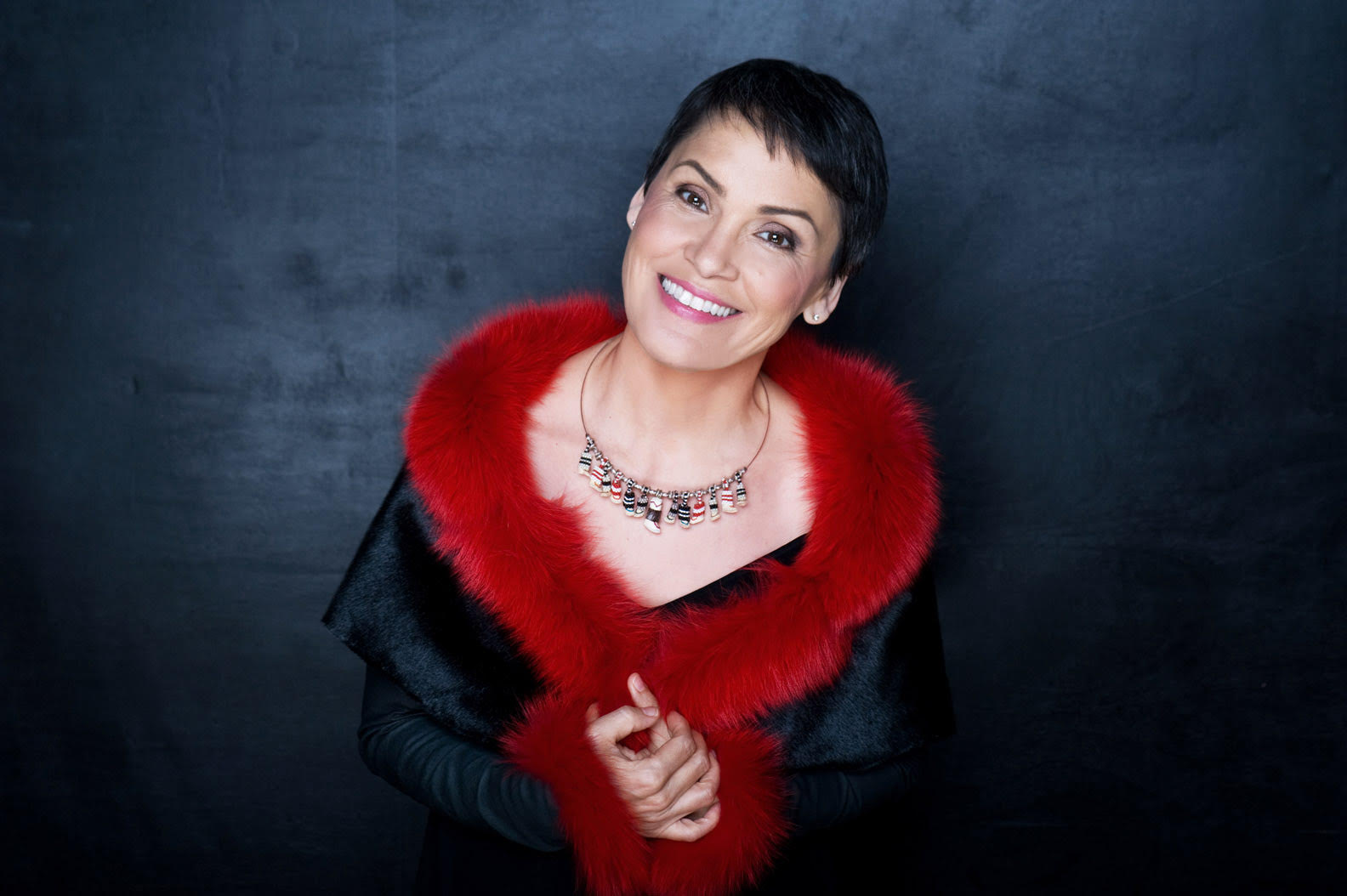 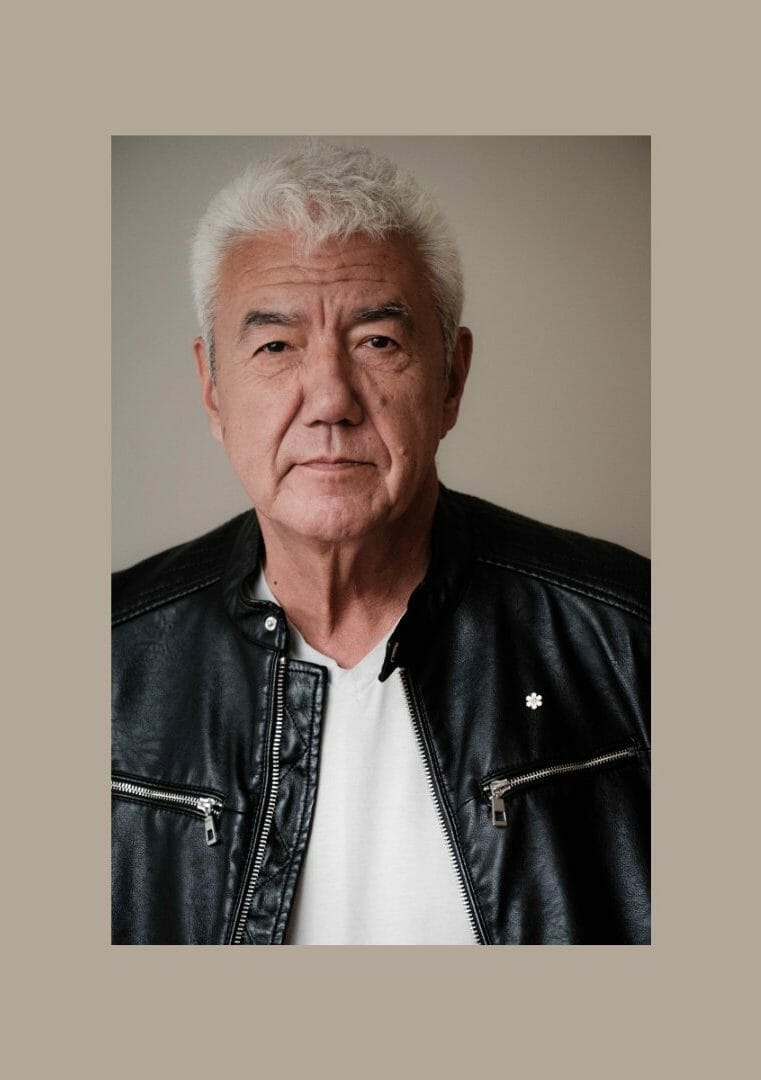 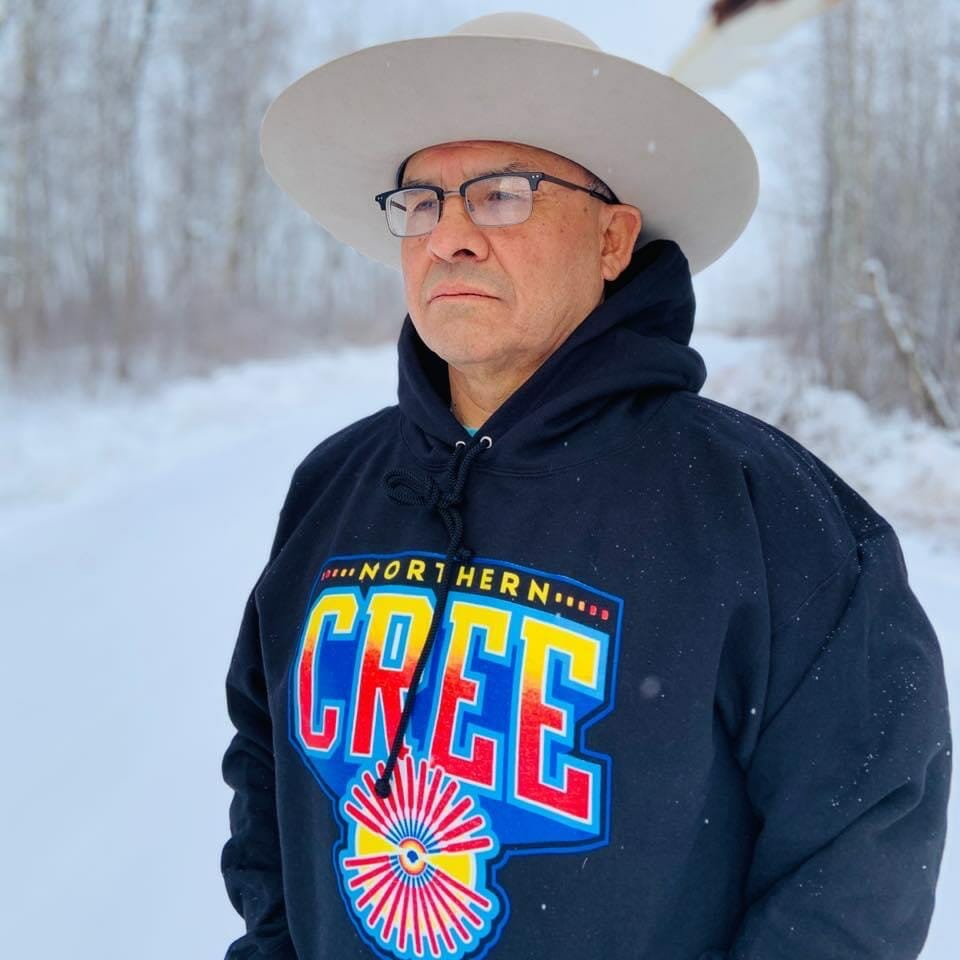 My Nehiyaw name is “Mistikwâskihk Napesis” (Drum Boy). My colonial name is Steve Wood and I hail from the Saddle…

My Nehiyaw name is “Mistikwâskihk Napesis” (Drum Boy). My colonial name is Steve Wood and I hail from the Saddle Lake Cree Band #125, located in what today is known as Alberta, Canada. I am a residential school survivor. Married to my wife Hilda Omeasoo-Wood for 38 years with 3 children and 9 grandchildren. I am currently the Vice-Principal at the Ermineskin Jr./Sr. High under the Maskwacis Education Schools Commission. I am also the founder and leader of multi-Grammy/Juno nominee and winner respectively, Northern Cree. I completed my education degree at the University of Alberta located in Edmonton, AB. My motto is:

“If you believe in yourself, who you are, where you come from, your culture, and more importantly your language, it will take you to places you never even dreamed of.” 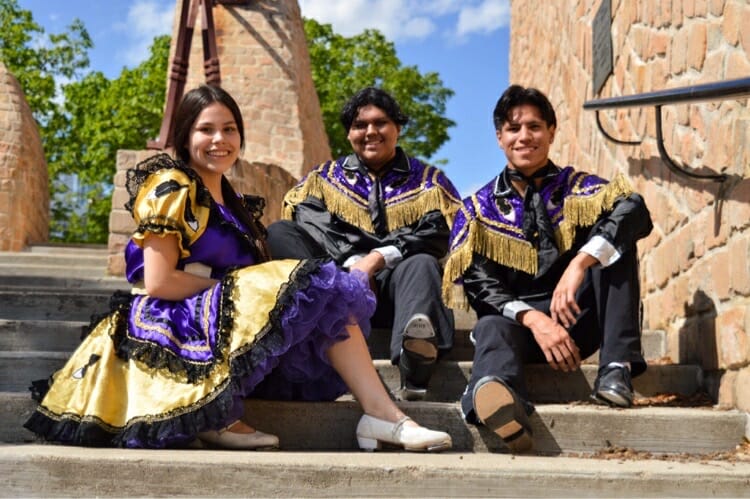 Ivan Flett Memorial Dancers are three siblings from Winnipeg, Manitoba who share a passion for dance, not just any dance…

Ivan Flett Memorial Dancers are three siblings from Winnipeg, Manitoba who share a passion for dance, not just any dance it’s all about the Red River Jig!

Michael, Jacob and Cieanna Harris began dancing at the young age of five years old. Michael being the oldest started performing his own solo shows, Jacob followed his brother footprints and they became a duo show, Cieanna enjoyed watching her brothers perform, she learned and they became a trio group and they have been inseparable since then.

They perform traditional dances of the Red River Jig mixed with modern dancing known as the hip hop jig. Through their gift of dance they have had great opportunities to travel the world and they hold numerous achievements and awards.

Their main focus is to attract youth through the rhythm and style of the hip hop jig. They hope to motivate and inspire people of all ages, and bring awareness that their culture is going strong and continues to be ambitious with this dance and music.

Formally known as the Slick and Lil J Show, back in 2012 they lost one of their biggest fans and proud supporter, Grandpa Ivan Flett passed away, it was with great sadness but an honour to rename themselves the Ivan Flett Memorial Dancers. Every dance they do is in honour of him.

Their show wouldn’t be complete without the outfits and they give a huge thank you to their Grandma Dawn Harris-Flett who designs and custom makes all their attire. Thanks to Designs by Dawn!

IFMD would also like to thank all of their fans and family for their continued love and support. 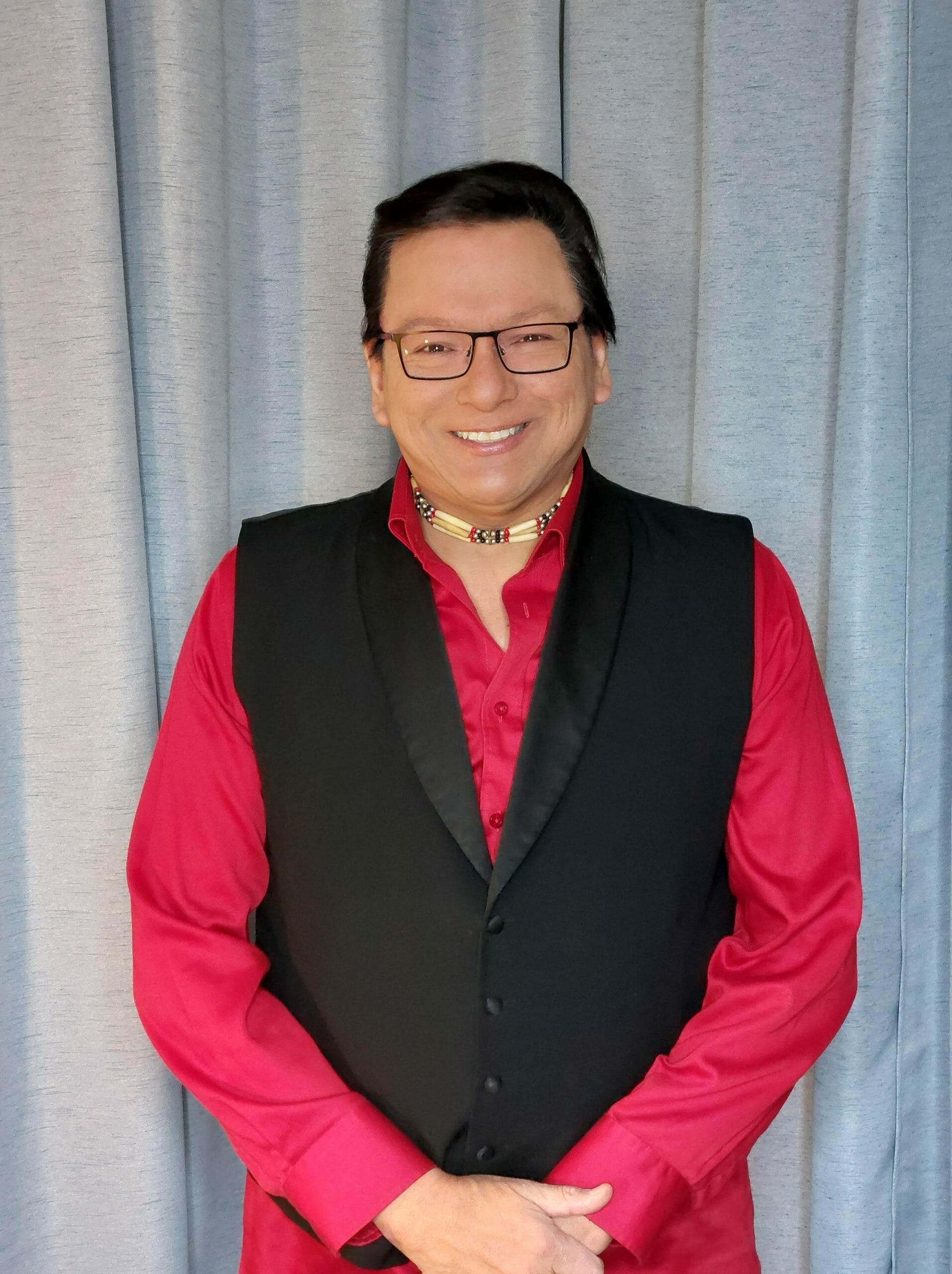 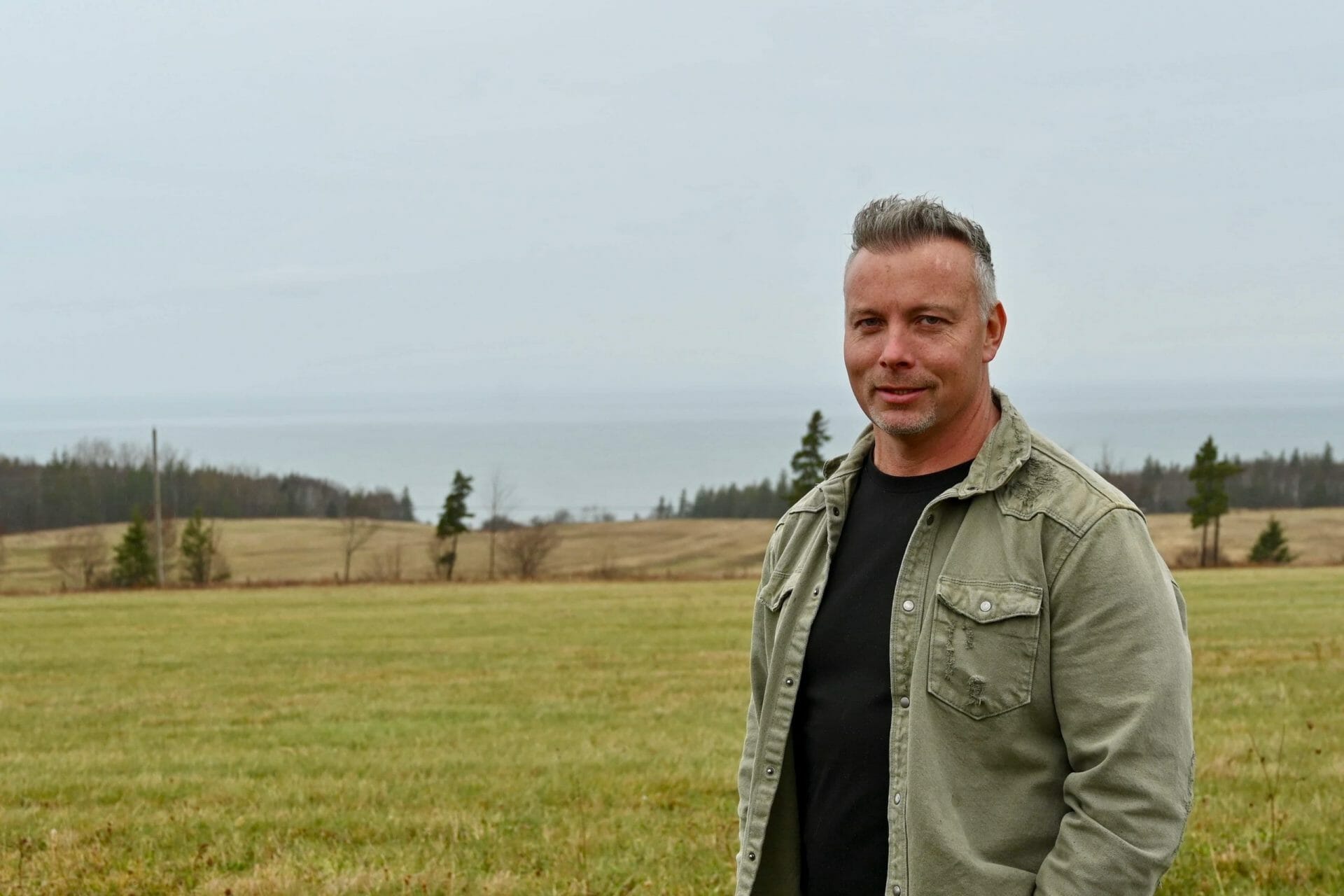 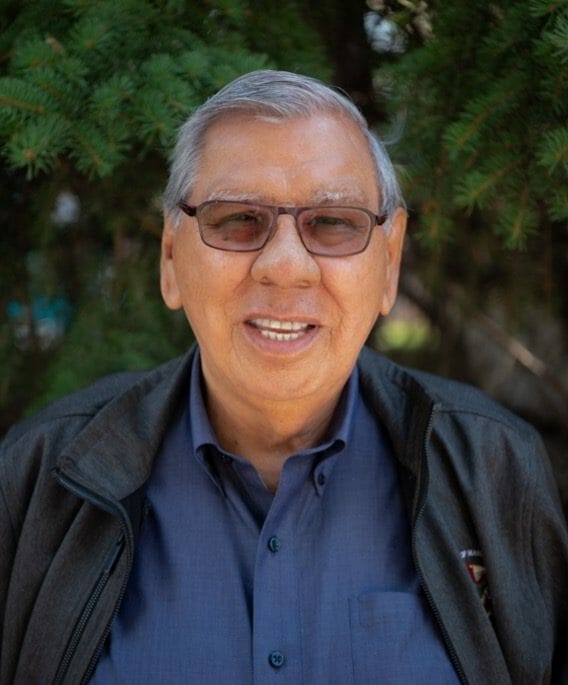 Dr. Elder Harry Bone B.A. (Hons.), LL.D./13 (U of M), C. M., is a Treaty 2 Elder from Keeseekoowenin Ojibway Nation. Dr. Elder Bone was raised by his grandparents, who taught him the importance of maintaining ties to language, land, and culture. Their influence and teachings helped him to become a strong supporter of First Nations rights throughout his life.

He has an honours degree from Brandon University and also completed graduate studies in political studies at the University of Manitoba. While pursuing his Master of Arts degree, he was also a student advisor and lecturer for the university. Upon completion of his studies, he served as Director of the Manitoba Indian Education Authority, Director of Native Programs for the Federal Government, and Vice-President of Aboriginal Cultural Centres of Canada. He went on to become Chief and Director of Education for his community, CEO of the West Region Tribal Council. Due to his extensive knowledge of First Nations governance, he has led delegation meetings with all levels of government.

Dr. Elder Harry Bone’s achievements in leadership, scholarship, and public service have been recognized by the countless individuals, organizations, and communities that have been touched by his work. He was awarded an Honorary Doctor of Laws degree from the University of Manitoba for his trendsetting contributions that continue to advance Indigenous education in Canada today. He is also a recipient of Canada’s highest civilian honour, the Order of Canada, in recognition of “his contributions in advancing Indigenous education, preserving traditional laws, and for creating bridges between Indigenous and non-Indigenous people and communities.”

In addition to his years of advocacy and efforts to foster greater understanding of Anishinaabe perspectives, Dr. Elder Harry Bone is co-author of the following books: The Journey of the Spirit of the Red Man: A Message from the Elders (2012); Untuwe Pi Kin He (Who We are): Treaty Elders’ Teachings (2014); and Wahbanung – The Resurgence of Our People: Clearing the Path for Our Survival (2021).

Dr. Elder Harry Bone is currently the chair of the Council of Elders for the Assembly of Manitoba Chiefs and the Treaty Relations Commission of Manitoba. He maintains a close relationship with the Treaty Relations Commission of Manitoba as a special advisor and is involved in many of their initiatives such as Treaty Education and the Speakers Bureau. He is also an Elder in residence at the National Centre for Truth and Reconciliation, a member of the Turtle Lodge, and a member of the National Elders Council of the Turtle Lodge. 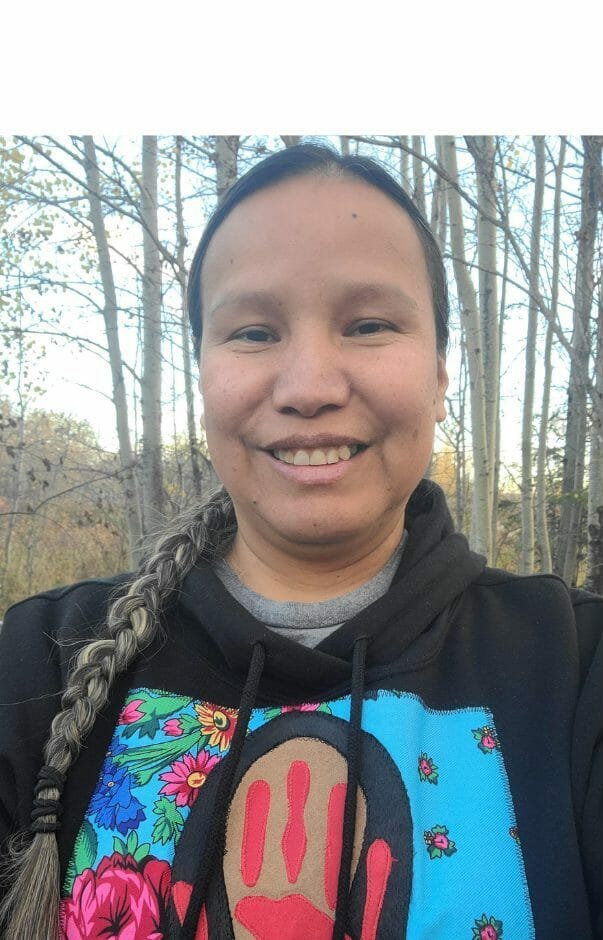 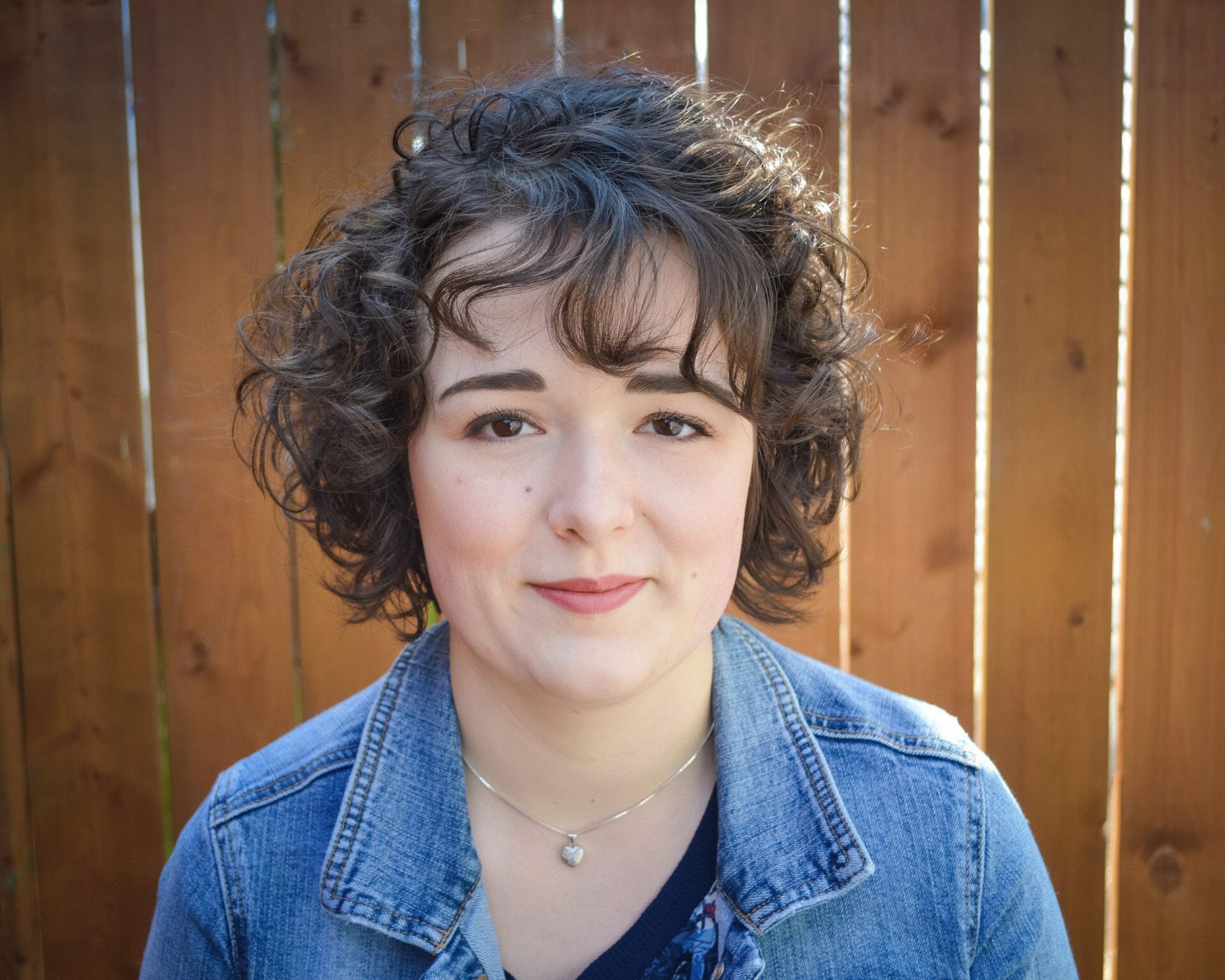 Taansihi, bonjour, hello, Julie Desrochers dishinikaashoon. I am a Francophone, Métis woman from Winnipeg, Manitoba. I am a sister, daughter,…

Taansihi, bonjour, hello, Julie Desrochers dishinikaashoon.
I am a Francophone, Métis woman from Winnipeg, Manitoba. I am a sister, daughter,
friend, educator, beadwork artist and small business owner and partner of Prairie Owl Beads. My journey with beadwork started 15 years ago in a full day workshop led by
Métis artist Gregory Scofield. Beadwork has since become an important part of my life,
a reminder of who I am, where I come from and the passion and pride of my ancestors who came before me. As I have refined my skills, I am now fortunate to share my beadwork and teach this skill to people throughout Turtle Island. Whether big or small, every project and every class I teach, to beaders or beginners, comes new connections,
new tricks and new history. I am thankful to all the mentors and elders who have
accompanied me on this journey, for the teachings they have shared and the techniques I have learned. One of the most important lessons learned as I continue to bead is its importance, how it is healing, it is an act of resistance and an intrinsic part of the Métis identity. As a proud Métis woman and teacher, I believe in the importance of sharing
the art of beadwork so that it can continue to represent the creativity, strength, and
resilience of our nation. 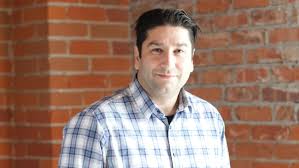 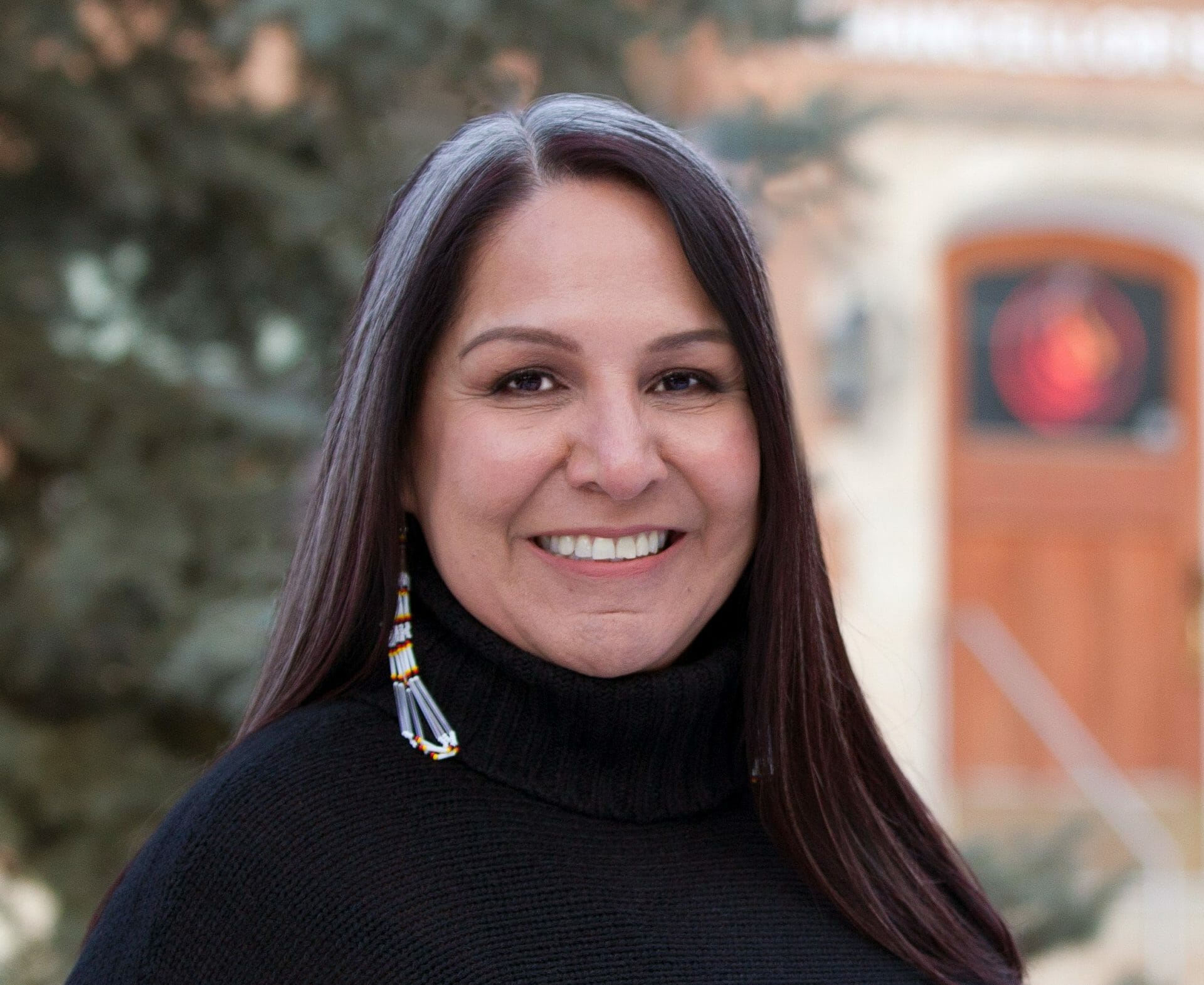 Stephanie Scott is currently the Executive Director of the NCTR. She is coming to this role from her past position…

Stephanie Scott is currently the Executive Director of the NCTR. She is coming to this role from her past position as Director of Operations with the NCTR where she oversaw all budgeting and financial commitments of the NCTR, along with human resources activities. Prior to joining the NCTR team, Stephanie worked with the Truth and Reconciliation Commission (TRC) as the Manager of Statement Gathering: she was responsible for the gathering and documenting of ‘Residential School Survivors’ audio and video recorded statements. In addition to this role while at the TRC, Stephanie served as Executive Assistant to the Chair of the TRC where she learned invaluable leadership skills. Prior to her work with the TRC, Stephanie enjoyed a long and successful career operating her own production business, which she still oversees part-time. Through her past and current work with residential school Survivors, Stephanie experiences first hand their strength, courage and resilience as they overcome many challenges and pass these teachings onto the next generation. 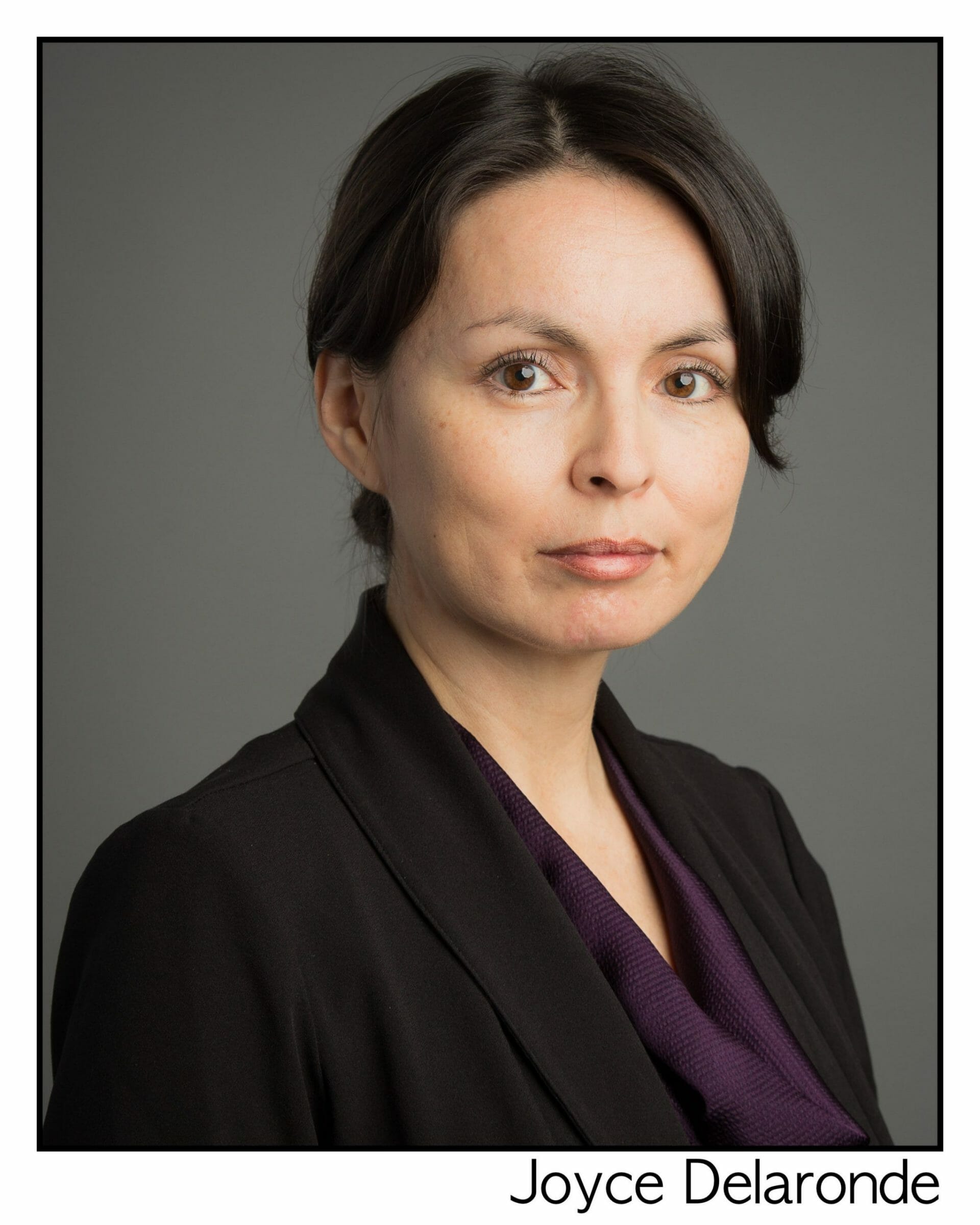 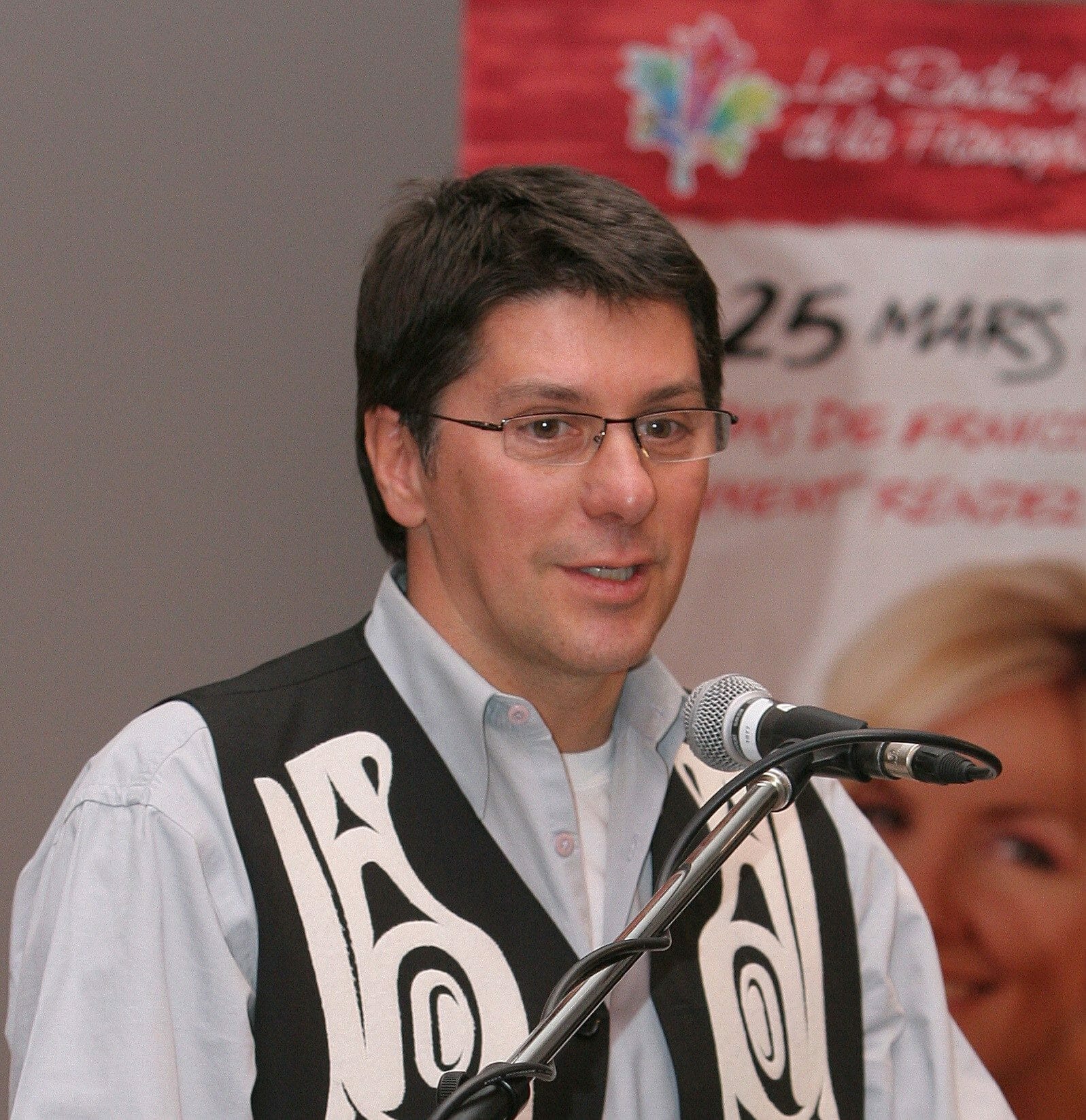 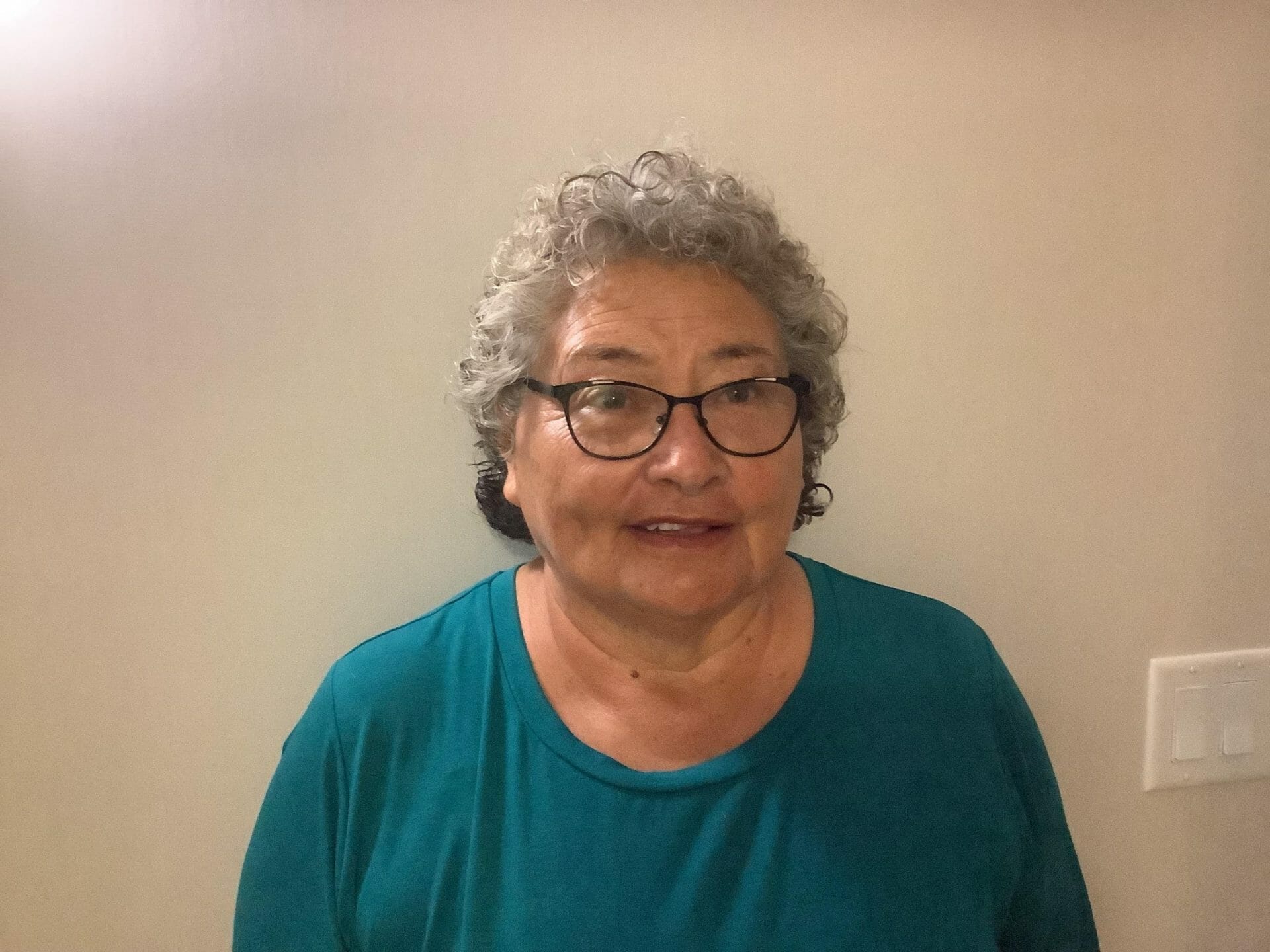 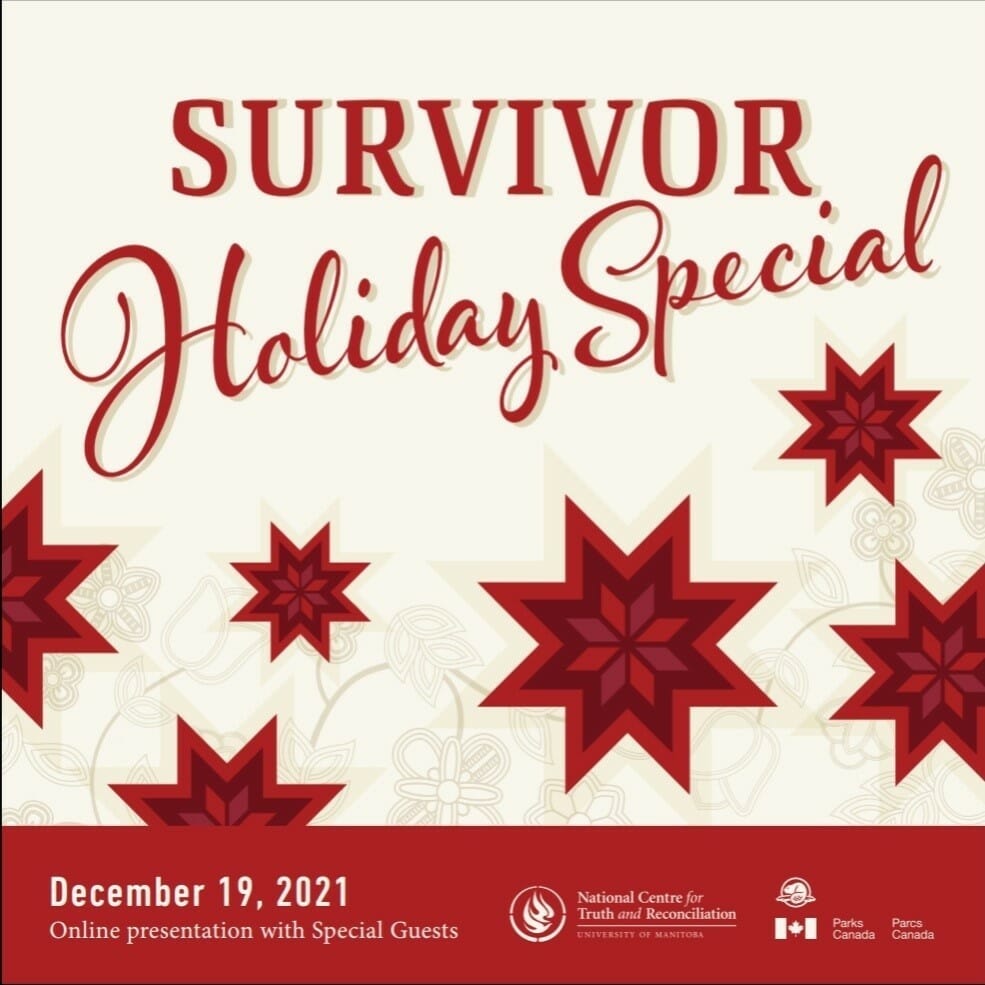