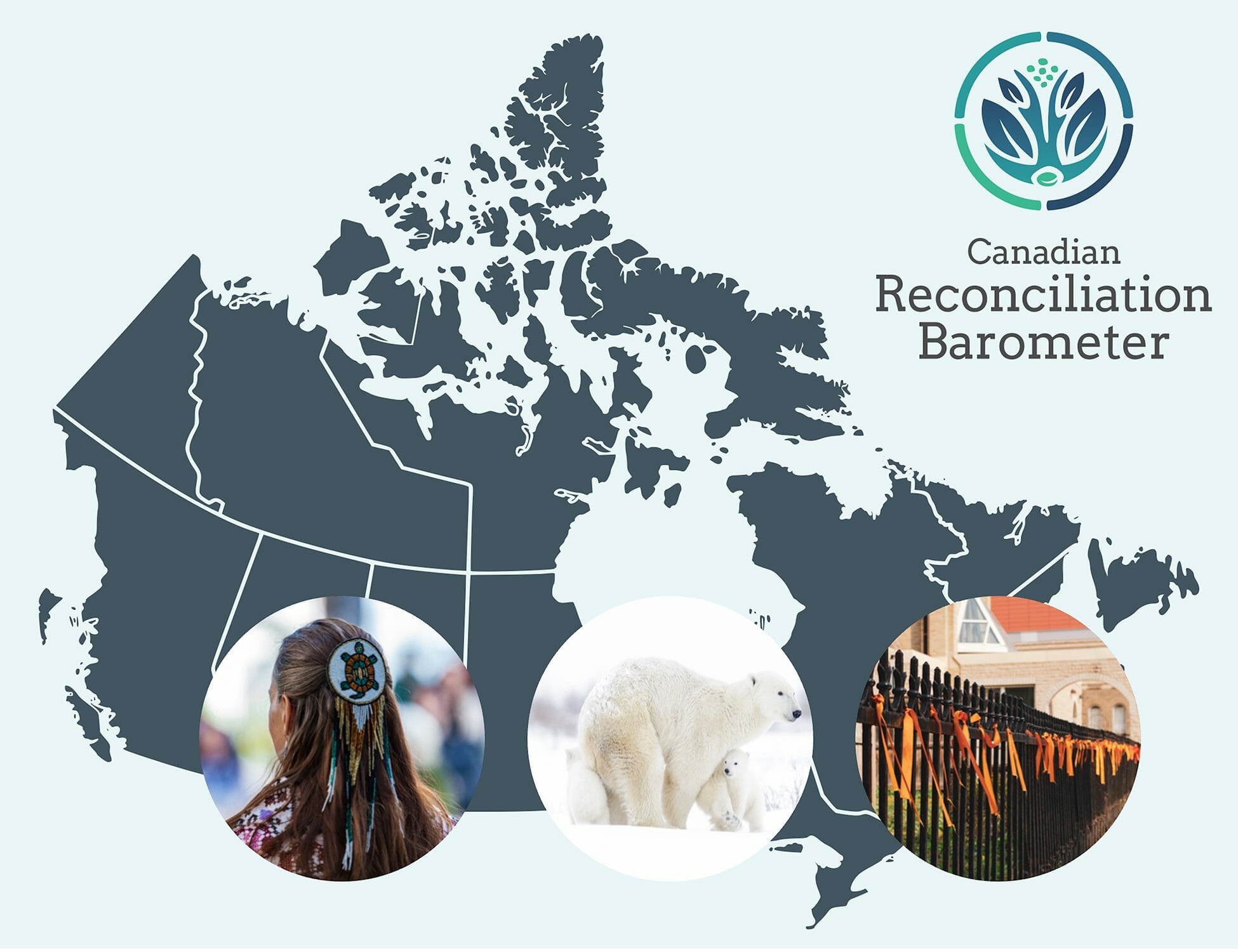 The first report from the Canadian Reconciliation Barometer, which measures progress toward Reconciliation, has been released. Highlighting gaps in understanding between Indigenous and non-Indigenous peoples in Canada and comparing progress across sectors of society, the findings can inform public policy.

“The walk toward Reconciliation will be a long one and lead us down many paths. Our report suggests we have begun our walk—there are some bright spots in our findings—and that we have a lot of work ahead of us.”

Dr. Katherine Starzyk, Associate Professor in Psychology at the University of Manitoba and the project’s Principal Investigator.

Some main indicators: Good understanding of the past and present; Acknowledgement of ongoing harm; Respectful relationships; Personal equality; and Systemic equality.

Main takeaways from the report:

“People in Canada are learning about this horrific history and the inequalities that exist, however there is still so much more work needed in education and policies. Having a measure of the Canadian public’s perceptions on progress toward Reconciliation is a key tool to guide policymakers in their decisions to support Reconciliation.”

Brenda Gunn, Academic and Research Director at the National Centre for Truth and Reconciliation.

“Indigenous and non-Indigenous people live in a different Canada.”

Some good news is that respondents are beginning to understand and acknowledge how past harms continue to impact Indigenous Peoples today. Indigenous peoples also reported being engaged in their communities and proud of their identities.

“Everyone agrees that much room for progress remains and there is a gap in perceptions across groups.” By tracking progress over time, the Canadian Reconciliation Barometer can be one mechanism to increase transparency and accountability so that those who come after us enjoy good and just relations between Indigenous and non-Indigenous Peoples.

The full report of the Canadian Reconciliation Barometer Project is available online here at www.reconciliationbarometer.ca