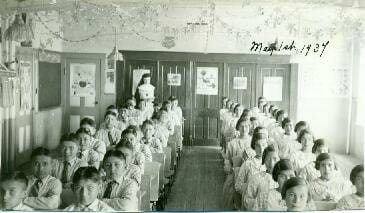 WINNIPEG — Following the separate meetings with First Nations, Inuit, and Métis delegates and Pope Francis this week, the NCTR is issuing the following statement:

“This week’s delegations were a step forward on the path of reconciliation set out for us by the Truth and Reconciliation Commission (TRC). Having Survivors speak their truth directly to the Pope this week will help move us towards education and healing.

On this occasion, it is important to note that Call To Action #58 set out by the TRC stated as follows:

‘We call upon the Pope to issue an apology to Survivors, their families, and communities for the Roman Catholic Church’s role in the spiritual, cultural, emotional, physical, and sexual abuse of First Nations, Inuit, and Métis children in Catholic-run residential schools. We call for that apology to be similar to the 2010 apology issued to Irish victims of abuse and to occur within one year of the issuing of this Report and to be delivered by the Pope in Canada.’

More than six years following this call-to-action, Survivors, their families, and their communities are still waiting for this apology.

We remain hopeful that this apology will come, and for the specific actions requested by the delegations so the Church can take responsibility for its egregious actions, the effects of which are still felt across communities and generations today.”