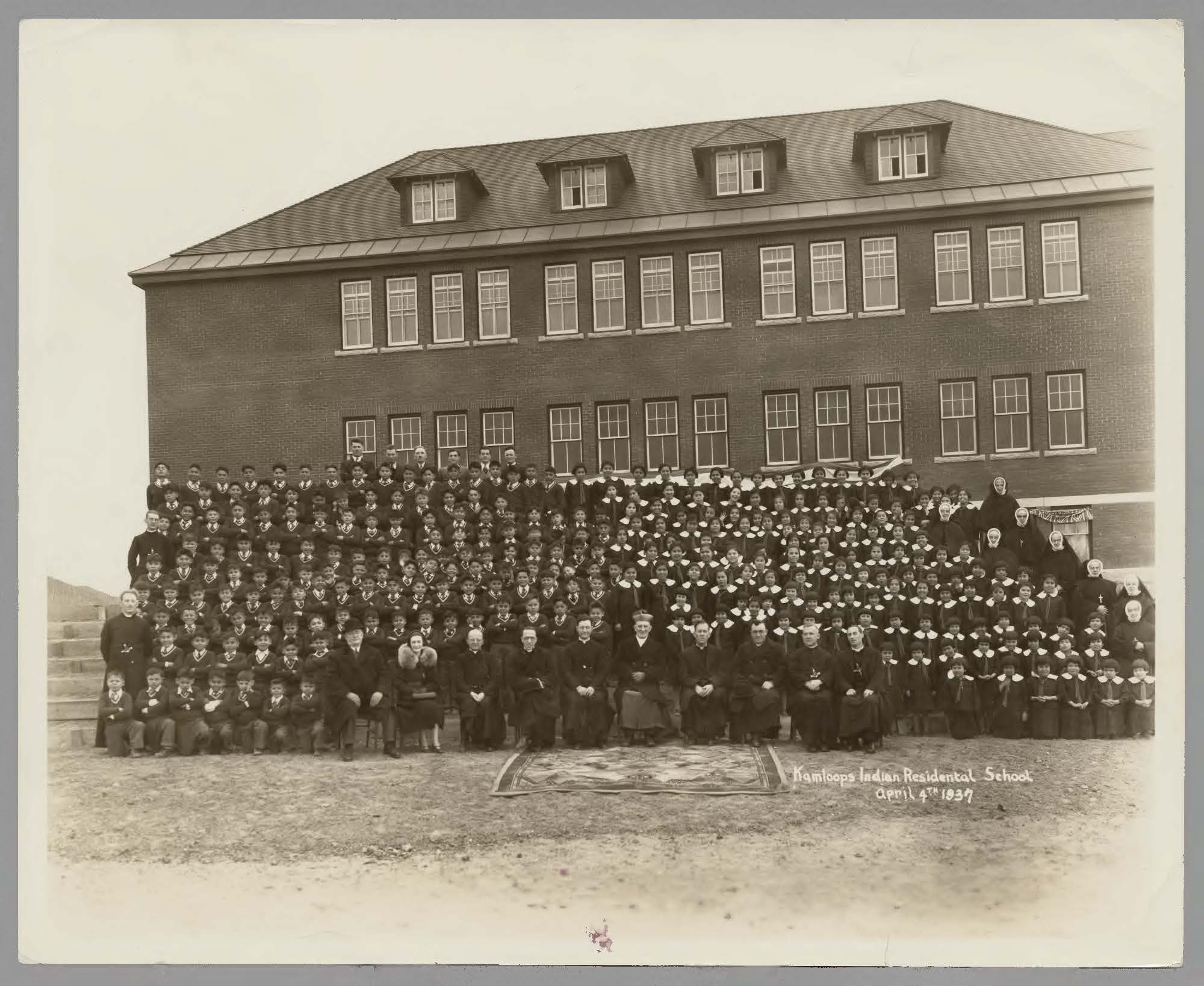 The below article contains sensitive information. The National Residential School Crisis Line is available for Survivors and those who need it:  1-866-925-4419

The remains of 215 innocent children were found in unmarked graves on the former site of the Kamloops Indian Residential School. The horror, anger and grief shared collectively by Indigenous people across Turtle Island is as raw as it is heavy. In our grief we hold ceremony, we bring little shoes to the steps of the perpetrators, we pour out our shared trauma on social media, we share contact information for crisis lines, we lower flags and turn the country orange.

The mass gravesites of precious children whose lives were cut tragically short because of the residential school system, like those recently uncovered on the traditional territory of the Tk’emlúps te Secwépemc people, have only been the subject of initial conversations with the Canadian government. This must change.

As Executive Director of the National Centre for Truth and Reconciliation (NCTR), the calls continue from media and they did not slow in what would typically be four days of mourning for some Indigenous People in Treaty One where the Centre is located. There is a common theme of ‘how could this happen?’ in the questions raised. The answer is complex – rooted in racism and unjust policies, but as the former Manager of Statement Gathering during the Truth and Reconciliation Commission, I am not surprised this truth has finally come to light.

For years Survivors and their families shared lived experiences of loved ones who went missing. Some students stated they witnessed the death and murder of children at residential schools. Many parents were never notified of their child’s passing, nor were they told where their children were.

For many, the Truth and Reconciliation Commission (TRC) was the first time Survivors and families could confront these questions in a safe space where there was common understanding. Sadly, it was the first time for many that they were believed and listened to.

As a mother, grandmother, and Aunty, the idea of 215 children discarded without the intention of being discovered is an unthinkable horror that now cuts into our news headlines. As technology becomes increasingly available to find the missing, what was once hushed discussions and painful memories is undeniable truth for the world to see.

215 children would fill almost seven classrooms. 215 families were never given an opportunity to bury their loved ones with the dignity and care they deserved. 215 precious souls that would be today’s Knowledge Keepers. Parents, educators, artists, nurses, doctors, lawyers, social workers, leaders, all stolen from us.

This is just the beginning of recognizing the extent of horrific loss of precious lives caused by residential schools in Canada. Kamloops IRS is one school in over 140 across this country, how many more have unmarked burial sites?  The experiences shared of missing family members during the TRC were so similar the commission issued separate Calls to Action about Missing Children and Burial Information (CTA #71 – 76).

Since the close of the TRC, the NCTR has continued to build on the research and has confirmed the identities of 4,117 children who died. Record keeping for these schools was nowhere near today’s standards, nor were they consistent. There are 98 sets of records from various repositories, government and church, that have not been researched. And we must not forget how Indian hospitals and sanatoriums are inextricably linked to missing children.

The number of children in unmarked residential school burial sites will increase as communities guide the search of the grounds of other sites. We owe it to these precious ones to remember, to grieve, and assert their memory as far more than a number, tweet or hashtag.

In 2019, the Federal Government announced $33.8 million “to develop and maintain the national residential school student death register and set up an online registry of residential school cemeteries.” Prior to this announcement, NCTR received $500,000 from Canada to develop the Memorial Registrar. Earlier this year, the NCTR received $2.7 million of the funds announced in 2019 to begin the second phase of Missing Children research.

While these commitments are largely considered positive, we need immediate action. We are losing our beloved Survivors daily and with them valuable insights that can help locate and identify the missing children. People for whom the actions of residential schools are not history, as coldly labelled by some, rather raw pain shared across families and generations scarred by the atrocities caused by church and nation.

There are renewed calls for healing and supports to Indigenous communities and Indigenous leaders calling for radar ground searches at every residential school site. Let’s honour these lost children by treating the Kamloops Residential School mass grave as a turning point to action. Survivors and their families deserve answers today.