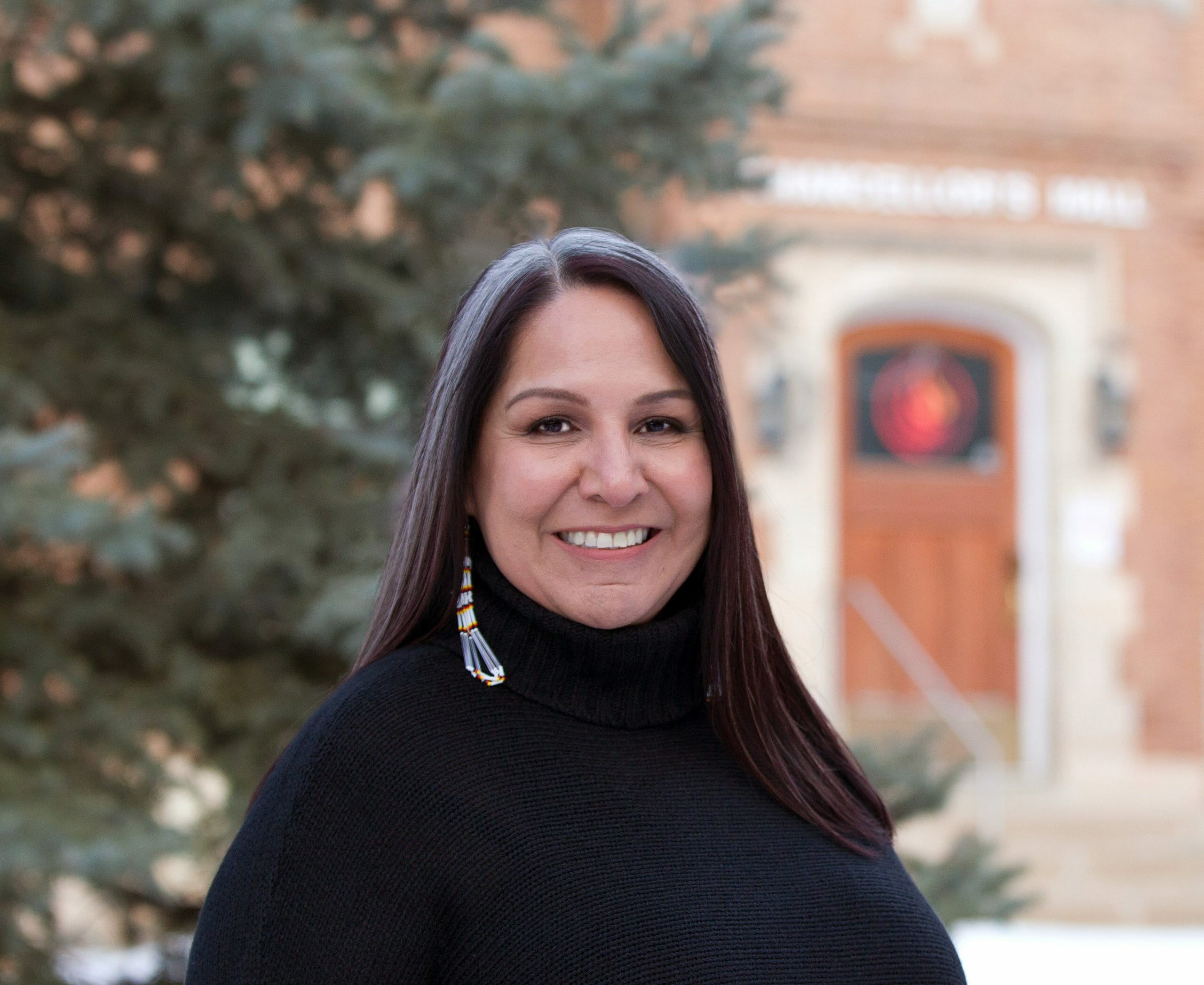 The National Centre for Truth and Reconciliation (NCTR) Governing Circle and the University of Manitoba are pleased to announce that Stephanie Scott has been appointed as Executive Director. Her appointment marks the beginning of a critical new phase for the Centre. Under Scott’s leadership, the NCTR will launch groundbreaking digitization and research initiatives. Among these efforts will be Phase two of the Missing Children project, a $6 million Canada Foundation for Innovation (CFI) grant to develop a searchable database, and planning for a new archives building.

“If I do not stand up and try to make change and work towards Reconciliation, I am doing a disservice to me, my family and the community at large,” said Scott. “That’s why this role at the NCTR is so important to me. I may not see the full journey for Reconciliation in my lifetime, but I pray that the work that I do improves future possibilities and advances our goals.”

“Stephanie has been a valuable member of our team since she joined us in 2016,” said Dr. Cynthia Wesley-Esquimaux, chair of the NCTR. “She is committed to hearing from Indian Residential School Survivors and applying that knowledge with care. She was the clear choice for Executive Director.”

Scott is Anishinaabe from Roseau River First Nation who was born and raised in Winnipeg, Manitoba. Prior to joining the NCTR team in 2016, she worked with the Truth and Reconciliation Commission (TRC) as the Manager of Statement Gathering.   Scott, mother of twins and grandmother of four, is also a Sixties Scoop Survivor.

Eugene Arcand is also a Survivor. A Cree from the Muskeg Lake First Nation in Saskatchewan, Eugene Arcand spent nine years at the St. Michael Indian Residential School in Duck Lake and two years at the St. Paul’s Lebret Students Residence, both in Saskatchewan.  Arcand served as the former Chair of the Governing Circle and is now a member of the NCTR’s Survivors Circle.

“Reconciliation must include restoring traditional leadership roles of Indigenous women,” said Arcand. “Stephanie has so much practical experience, not only as Manager of Statement Gathering for the TRC, but also through her lived experience as a Sixties Scoop Survivor. Her strength is evident as is her passion to elevate the truth of what happened to Indigenous children and families through the Residential School System.”

Dr. Catherine Cook, Vice-President (Indigenous) of University of Manitoba, echoes her colleagues’ support. “The NCTR is beginning a very important period in its work.  We are now able to move forward on improving records access for Survivors and their families, building and enhancing our academic and community partnerships, and including Phase 2 of the Missing Children Project,” said Cook. “Stephanie has demonstrated expertise in administration and management, and we are look forward to her taking on this leadership role and moving forward on the next phase of the NCTR development.’

New developments at the NCTR include a brand-new accessible website, which displays multiple resources to create necessary educational programs to move the country forward in its enactment of the TRC’s calls to action. The NCTR has also successfully installed and tested its new content management system. Over 12 million digital objects have been successfully migrated with descriptions for long-term preservation.

The NCTR is reimagining what its archives can be, and do, as it undertakes an ambitious project to restructure and decolonize its data, thanks to funding from the Canada Foundation for Innovation’s Innovation Fund.

The Missing Children Project, which is funded by Crown-Indigenous Relations and Northern Affairs Canada (CIRNAC), will create a research team to review the NCTR’s archival holdings. The purpose is to help identify the many children who lost their lives at a Residential School.

“Reconciliation means that my twin daughters are safe to walk the traditional lands of their ancestors, that my four grandsons never feel the shame of speaking the truth of what happened to their ancestors in this country,” said Scott. “I hope my work as Executive Director will move us closer to that goal.”